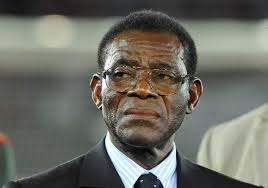 In Equatorial Guinea, a military court has sentenced former Chief of Staff Ruslan Hermes Nguema Oyana to 18 years in prison for embezzlement of public funds.

Last year, President Teodoro Obiang Nguema, who has ruled the oil-rich country with an iron fist for 40 years, fired Colonel Ruslan Hermes Nguema Oyana for “irregularities committed in the exercise of his functions.”

Obiang Nguema, 77, seized power in the small former Spanish colony in 1979 and has faced a string of coup attempts during nearly four decades in office.

He fired four senior regime officials, including his grandson, on suspicion of collusion with a foiled December 2017 “coup”.

Critics accuse him of brutal repression of opponents as well as election fraud and corruption.

A French court in October 2017 sentenced the president’s son to three years’ jail time, after he was convicted of siphoning off public money to buy artwork, automobiles, and other trappings of an international playboy. Three hundred bottles of Château Pétrus wine, bought for €2.1 million, or $2.3 million, were just the beginning. The case has since been appealed.

As part of a deal with prosecutors, $23 million from a recent auction sale will be sent to social causes in Equatorial Guinea.

Obiang Nguema, who is believed to have a net worth of around $600 million, also suffered the devastating setback of losing his 76-meter luxury yacht to Swiss authorities.

Posted by Emmanuel Agbenonwossi on October 21, 2019. Filed under Finance, News, Zoom. You can follow any responses to this entry through the RSS 2.0. Both comments and pings are currently closed.