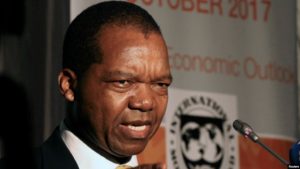 The Central Bank of Zimbabwe will soon introduce some notes and coins in Zimbabwean dollar in the next two weeks, local media reported.

Central bank governor John Mangudya said the move is part of the latest steps to restore a domestic currency in the Southern African nation.

The central bank did not provide information on when exactly the new notes will be introduced, or what they will look like.

However, Mangudya said the new money, which consists of 5 dollar and 2-dollar coins, will be introduced gradually to avoid driving up inflation.

Zimbabwe’s last currency, the Zimbabwe dollar, became moribund in 2009 following a spell of hyperinflation and was replaced by a basket of multi-currencies which included the U.S. dollar, the British pound, South African rand, Botswana pula, Japanese yen and the Chinese yuan.

The U.S. dollar remained the dominant currency but became scarce over time and pushed the central bank to introduce bond notes and bond coins in 2016 to plug the resultant cash gap.

As a reminder, Zimbabwe is experiencing its worst economic crisis in a decade, with inflation at more than 300% and is also plagued by a shortage of foreign currency, fuel, electricity and basic foods.

Posted by Emmanuel Agbenonwossi on November 1, 2019. Filed under Finance, News, Zoom. You can follow any responses to this entry through the RSS 2.0. Both comments and pings are currently closed.