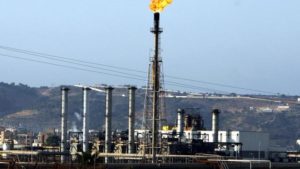 To cover even the variable part of its operating costs, Algeria has to sell its oil between 15 and 20 dollars. Saharan Blend is currently trading at less than $15, i.e. below the threshold for the closure of industrial units.

Algeria officially enters this week in a hellish spiral. Since last Monday, Algeria has been selling its oil at a loss. And the losses are huge. Since the beginning of this week, Sahara Blend, that is Algerian oil, has been sold on the world market at $14.19

The price of the basket of fourteen crude oils (ORB), which serves as a reference for the OPEC, was $14.63 on Tuesday, according to data from the Organization of Petroleum Exporting Countries published Wednesday on its website.

On average, the oil extraction at the Sonatrach production sites in the south of the country costs 12 dollars a barrel. To this price must be added about 2 to 3 dollars for the cost of transport and pipelines. With the additional various taxes and fixed charges, the average price of the oil barrel reaches 19 to 20 dollars.

With the current prices, Sonatrach is losing more than 5 dollars per barrel. This represents the equivalent of a loss of $5 million per day, or no less than $150 million per month. This amount represents only Sonatrach’s dry loss on its oil sales.

Posted by Hafid El Fassy on April 29, 2020. Filed under Business, News, Zoom. You can follow any responses to this entry through the RSS 2.0. Both comments and pings are currently closed.