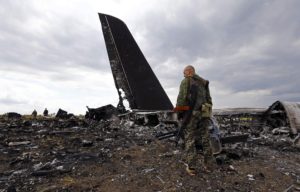 Two years after the crash of Air Algérie flight linking Ouagadougou (Burkina Faso) to Algiers, victims’ families still seek the truth but Spanish pilots’ syndicate Monday poured cold water on the Algerian national carrier after it indicated that the Spanish pilots on board the aircraft were ill trained to handle the problems that befell the plane.

Air Algérie’s flight AH 5017 crashed in July 2014 in Mali with 116 people on board on its way to Algiers after taking off from Ouagadougou.

The plane McDonnell Douglas MD83 was manned by six crew members, all Spaniards, hired to the Algerian national carrier by Spanish Swiftair.

Spanish pilots’ syndicate (Sepla) indicated that the six crew members were not trained to detect the problem and failed to save the aircraft carrying 116 passengers among whom 51 French citizens, 6 Algerians, 5 Canadians, 4 German, 28 Burkinabe, one Swiss, one British.

“The pilots were never trained to solve such … situations,” Sepla said in a statement.

The syndicate further noted that similar problems caused the crash of Air France flight linking Paris to Rio in 2009. The aircraft crashed in the Atlantic with 228 people on board.