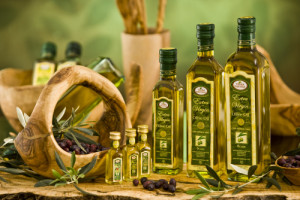 Just a year ago, the popular revolution which overthrew President Zine El Abidine Ben Ali shrank the economy by 1.8 %. The closing of factories accompanied by the insecurity atmosphere that created the lost of interest by tourists and investors in this North African country are amongst the main reasons that explain this loss. However Tunisia’s finance ministry has set a rather ambitious growth target percentage of 3.5 % for 2012.
To reach this target, emphasis is given to the agricultural economy. In particular, great hopes are put in the olive oil production which has made Tunisia one of the world’s top exporters in the field. Each year, the country exports between 120 000 and 150 000 tons of Tunisian made olive oil. This year olive harvest season will start around mid November and will last for three months. According to Agriculture minister Mohamed Ben Salem, the output of olive oil is expected to be very significant. He hopes that “ it will reach 200 000 tons for the first time against 180 000 tons last year ”. This industry relies on 70 million trees covering almost 16 million hectares which provides and covers the needs of 500 000 families. In this country of 10.5 million habitants, such a production will not only push exports but it will also allow the resolution of part of the actual critical economic situation in Tunisia. Since the export of olive oil constitutes 7 percent of the country’s total export (which was estimated to be $ 16 billion in 2011 ) there seems to be an increasing interest in this domain from investors.