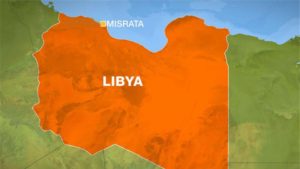 The Italian government on Tuesday confirmed the deployment of 100 soldiers to protect a military hospital near Libya’s airport in Misrata, as part of a humanitarian intervention requested by Tripoli.

The move comes in response to a request from the Libyan Government of National Accord (GNA), which has the backing of the international community.

“We plan to send about 300 people, of whom 65 are doctors and nurses, 135 are part of the logistical team and 100 are for the hospital’s protection,” the Minister of Defense Roberta Pinotti said.

Earlier reports said the contingent was made up of 100 doctors and nurses with 200 troops for the protection of the hospital.

Roberta Pinotti, speaking before a parliamentary commission on Libya, said a C-27 transport plane will be stationed at the hospital in case the need arises for an emergency evacuation and an Italian warship will be anchored off the Libyan coast for security back-up.

GNA-loyal fighters have been battling IS at the terror group’s former stronghold of Sirte for several months now as sectarian differences have continued to drive various groups apart since the death of former Libyan leader Moammar Gadhafi.

Italy – a former colonizer of Libya – has acknowledged in the past that it has sent Special Forces into the North African nation to assist the government.