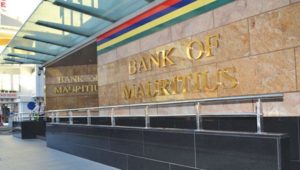 The Indian Ocean Island is followed by South Africa, Rwanda, Botswana and Namibia as top 5 for sub Saharan Africa.

Mauritius Island has long been seen as a small island in the Indian Ocean, somewhat difficult to gain access to, and not quite a significant player in regional politics and economy. With its paradise-like beaches, luxurious hotels, rich culture, and entertainment, the island has been known as an expensive destination for honeymooners and families.

The island nation, which markets itself as a bridge between Africa and Asia, is trying to shift an economy mostly based on sugar, textiles and tourism towards offshore banking, business outsourcing, luxury real estate and medical tourism.

The economy is expected to grow by 3.7 percent this year, from a previous forecast of 3.9 percent in June, due to an expected slowdown in agriculture and manufacturing.

The Index of WEF is an annual assessment of the factors driving productivity and prosperity in 138 countries. The degree to which economies are open to international trade in goods and services is directly linked to both economic growth and a nation’s innovative potential.