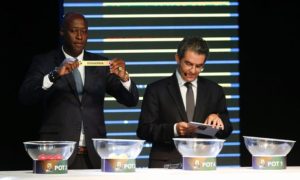 The draw for the competition group stage took place Wednesday in the Gabonese capital of Libreville. The 16 qualified nations now know their opponents. Competition favorites Cote d’Ivoire, Algeria, Ghana and Senegal are expected to make to the quarter finals and to the semi-finals.

Reigning champions Cote d’Ivoire will make their debut in the competition in a bout with underdog Togo which unexpectedly made it through the qualifiers after finishing among best seconds.

Hosts Gabon are handed Cameroon, Burkina Faso and Guinea-Bissau in group A. Gabon will kick off the competition with debutants Guinea-Bissau on January 14.

The final will be staged in Libreville on February 5.