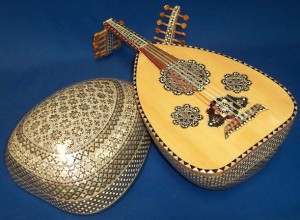 The town of Kolea in the province of Tipasa will be hosting the 4th edition of the Maghrebian Festival of Andalusian music which will take place next week. Five countries have confirmed their participation. These countries namely Tunisia, Morocco, Spain and Portugal will be joined by Algeria according to Noureddine Labri, a member of the organizing committee.
The province of Tipasa will be given the privilege to close the festival with its orchestra band led by Hakim Smain which will also see the participation of three of Algeria’s regional orchestras during the festival. They are ‘Malouf’, ‘Seenah’ and ‘El Andaloussi’ from the regions of Constantine, Algiers and Tlemcen, and will be led by Ahmed Aouabdia, Mokdad Zerrouk and Leila Ben Merrah respectively.
Tunisia will be represented in the Festival by the youth group of Monastir, while Chahab Rabat will be honored to participate on behalf of Morocco. In a move directed at showing a cocktail presentation of the festival, the two countries of the Iberian Peninsula, Spain and Portugal will be presenting their specialties which are Flamenco and Fado respectively. Their participation according to the organizers is also aimed at portraying the bond between the Andalusian musical legacy and other music.
The highlight of the Festival according to Noureddine Labri will be the tribute that will be paid to Chouyoukh of Andalusian music in all its variations, especially efforts made to protect its cultural heritage. Personalities like Dahmane Ben Achour and Keddour Dersouni will be among those who will be honored.
The festival will also be having two conferences on themes related ‘El Adabiate Mouachah’ and ‘Poetries of Abi Mediène Chouaib’, and will be animated by Saadane Ben Ben Baba and Tewfik Ghirat respectively.