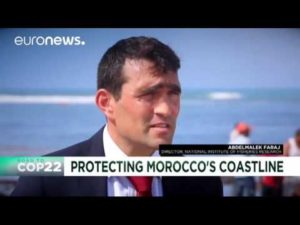 Participants at a high level side event in the Moroccan COP22 pavilion highlighted the potential of the maritime sector and fisheries in particular in boosting African growth and achieving food security.

During the event, held by Morocco’s Agriculture Minister under the theme: Africa in Action for Fisheries and Agriculture in the Context of Climate Change, the participants stressed the need for averting disastrous climate change effects on oceans which are manifested in rising acidification, declining biodiversity and exacerbated by unsustainable fishing practices.

Speaking on this occasion, EU Commissioner for Maritime Affairs, Karmenu Vella, pointed to the potential of blue growth in Africa where fisheries and aquaculture employ around 12 million people, noting that “a successful blue economy depends on maintaining healthy oceans.”

For his part, Abdelmalek Faraj, Director General of the National Fisheries Institute (INRH), presented a briefing on the goals of the Morocco-led Blue Belt Initiative which aims at increasing coastal communities’ resilience and promoting sustainable fishing activities.

The Blue Belt Initiative is meant to support other initiatives launched across Africa to bolster the fisheries sector as a driver for growth, while enhancing resilience to climate change through collective effort, Faraj explained.

In the same vein, Manuel Barange, Director of the Food and Agriculture Organization (FAO) announced that the FAO together with the World Bank (WB) and the African Development Bank (AfDB) launched a package for climate resilience in Africa worth $3.5 billion for a period spanning from 2017 to 2020. Under the new package funding will be allocated, inter alia, to fisheries, safety at sea and early warning system, he explained.