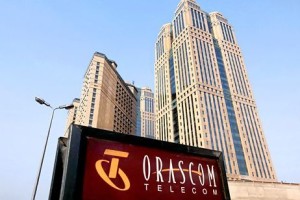 The announcement by President Mohammed Morsi to backtrack on his controversial presidential decree which broadened his powers and led to the most popular protest during his six months in power has been received with mixed feelings from the Egyptians but the market reacted positively to his decision as shares rose the most after more than 5 months. Orascom Telecom, the biggest mobile company in North Africa, gained 1.4% to 3.58 pounds on the Egyptian Exchange. Commercial International Bank, the biggest publicly traded lender, advanced 4.3% to 34.45 pounds while the Egyptian Exchange Index earned gained 4.4%, making it the biggest rise since the 25th of June, to 5,051.96 points. The government has been advised before not to make public statements because it risked ruining the Egyptian market which was already on its knees and was often suspended to avoid inestimable loss. This announcement came as the first public statement but despite it being “interpreted by investors as a positive result,” Wadah Al Taha, the chief investment officer at Dubai-based Al Zarooni Group warned that “it’s too early to judge” because of referendum for the new constitution slated for the 15th of this month. Trading was close for the weekend and it gave some relief to the markets. Egypt’s index lost almost 45% last year, when protesters succeeded in toppling Hosni Mubarak. The stock market had shown signs of recovery, rising by as much 39.5% this year, ranking it among the top performing markets this year.  Egypt’s index equities have dived by 11% since Morsi’s the presidential decree; a decree considered by critics as dictatorial move because they are above judicial review. As for now, attention has turned over the date the postponement of the referendum date.