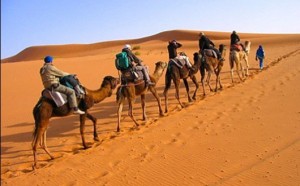 Tunisia is not relenting on its efforts to make the country a principal destination in the region as the Minister of Tourism Elyes Fakhfakh accompanied 20 ambassadors on a tour to the southern region of Jerid in a bid to promote it as a new tourist destination.  The tour was also aimed at promoting the Tunisian part of the Sahara desert which serves as a filming location for the widely known Star Wars movie. Jerid is famous for its salt lakes and deserts and the tour covered the whole region. The desert oasis of Tozeur, famous for its date-harvesting; the old Berber villages of Chebika and Mides, now popular for hiking; Tamerza, the largest mountain oasis in the country; and Ong el-Jamal, a rock formation that was seen in the film ‘The English Patient’ were also visited by the delegation. The region is admired for its culture, heritage, as well as nature, unique architecture, and wooden crafts. Tours of such nature will be organized by ministry with hopes that they will result into portraying a better image of the country’s safety, stability and the cultural and tourism opportunities it offers.
Tourism is of great importance to the southern region because it employs almost half of its population but it has come to a standstill in recent years which resulted to the closure of 19 hotels and loss of jobs. The government is being urged by the locals to improve transportation to the south by road and by air to encourage more visitors and the minister has promised that a hefty budget will be allocated to the region. Minister Fakhfakh was impressed with the tour because some diplomats were willing to contribute to the promotion of Saharan tourism in their countries.