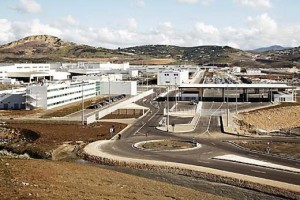 Expectations are reaching the climax as reports concerning the Algerian interest in the French automaker Renault SA construction of a plant in the country for the local market claim that all that is left between the two parties is their signatures.
The spokeswoman of the carmaker company remained tightlipped about the claims of the report when contacted although the company admitted last week that the deal with Algeria was making progress but was yet to be finalized, following a memorandum concluded in May.
According to reports, the official visit of the French president to the country François Hollande will be used as the opportune moment to sign a final deal on Wednesday which will see Algeria owning 51% of the factory, with Renault getting hold of the rest. President François Hollande will be accompanied with high ranked officials during his visit to the country which will also comprise of France’s top companies including oil giant Total, which aims to sign a $5-billion-deal to build an ethane steam-cracking plant. With 12 billion barrels of oil reserves, Algeria is the world’s 16th-largest oil producer. However, the North-African country has an annual trade with its former colonial master of just 10 Billion Euros.
The two sides have been having issues over the site of the plant but that seems to be dealt with. If they are to sign on Wednesday deal, which little is known about its financial details because of the secrecy of both parties.
The plant would have an initial capacity of 25,000 vehicles per year from 2014, with a planned maximum yearly output of 75,000 cars, the report added. The Algerian auto market rose 47% in the first six months of the year to a total of 225,000 vehicles.