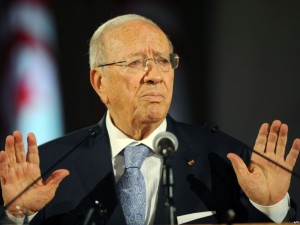 Tunisia’s Prime Minister Youssef Chahed said that Jihadists returning to their homeland Tunisia from foreign battlefields will be immediately arrested and judged according to Tunisian new anti-terrorism law.

Chahed told state broadcaster “El Wataniya” after meeting with President Beji Caid Essebsi, Thursday, that his government is firmly against the return of Jihadists from conflict areas.

“Those who do return will be immediately arrested on their arrival on Tunisian territory and will be tried, and the counter-terrorism law will be applied against them,” he added.

Chahed’s firm stance against the return of Tunisian fighters came in the context of rising popular protests against the repatriation of foreign fighters.

The Tunisian political class also puts pressure on the government to act against radicalization in their country, which has one of the highest per capita numbers of militant Islamists. In this regards, six political parties issued a joint statement calling for the Tunisian government to block the repatriation of suspected Jihadists.

The UN puts the number of Tunisian foreign fighters within the ranks of extremists in the Middle East and in Libya at 5000.

The spokesperson for the Tunisian government Iyed Dahmani recently said that Tunis has jailed and closely monitored a total number of 800 militants.

The Tunisian Parliament passed the anti-terrorism law last year, following two deadly attacks on tourism sites – a beach and hotel at Sousse in June and the Bardo Museum in Tunis in March.