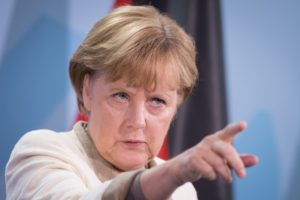 German chancellor Angela Merkel has renewed determination to deport Moroccan, Tunisian and Algerian asylum seekers who have seen their applications turned down as she urges parliament to confirm the three North African countries as safe countries.

The German chancellor, under fire for her migration policy which allowed around 1 million Syrians to enter Germany, said in an annual address before the German Federation of Unions that she hoped the parliament would quickly classify Morocco, Tunisia and Algeria as “safe” countries, Moroccan daily Akhbar Al Yaoum reported Wednesday.

Thousands of nationals of the three Maghreb countries have had their applications rejected and put on the deportation list but human rights organization and some lawmakers have opposed their eviction from Germany citing human rights violations, homosexual oppression, lack of freedom of speech in their home countries.

In March last year, German Interior Minister Thomas de Maizière announced a pilot project to enable the deportation of Tunisian migrants. But according to the German Embassy in Tunis, only 84 Tunisians were deported last year. Tunisian Prime Minister Youssef Chahed is expected to visit Berlin later this month to further discuss the issue.

Algerian Premier Abdelmalek Sellal underscored, during a visit in Berlin this month, his country’s willingness to cooperate with Germany to accelerate the return of Algerians denied asylum.

Nine Algerians were cited among 32 suspects in the case of violence against women in the city of Cologne, during 2016 New Year festivities.