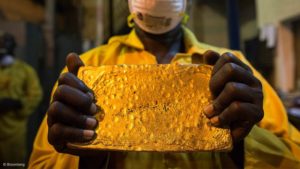 Africa’s biggest gold producer AngloGold Ashanti, which employs about 25,000 people in South Africa, is in talks with unions to lay off more than 800 workers, Reuters reported on Friday.

The move comes after years of decline in output in the country due to regulatory issues.

According to a letter dated January 17 signed by AngloGold’ Chief Operating Officer Chris Sheppard, “AngloGold Ashanti’s South Africa region is contemplating the dismissal of certain employees on the basis of its operational requirements.”

He said the company had started talks with unions and regulators that could lead to job cuts.

In a statement to Mining Weekly Online, the global gold producer’s spokesperson Chris Nthite noted that the business was marred by maturing operations, a declining production profile, cost escalations and frequent regulatory disruptions, which hampered its ability to build and sustain volumes.

“Part of this process of engagement entails the necessary creation of a more sustainable and cost effective South African business that better reflects the realities of the operating environment,” spokesman Chris Nthite said.

The spokesman for the National Union of Mineworkers, which represents the majority of workers in the sector, said his union looked at the matter with “serious concern.”