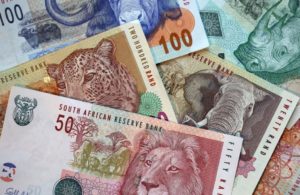 South Africa will introduce a national minimum wage of $261 per month in 2018, Deputy President Cyril Ramaphosa said on Wednesday.

The move comes after months of negotiations between the government and labor unions in the Southern African nation.

“The balance we have sought to strike is that it must not be too low, so that it doesn’t affect the lowest paid workers, but not too high that it leads to massive job losses,” Ramaphosa told a news conference.

Ramaphosa said the national minimum wage, which equates to 20 rand ($1.50) per hour, would come into effect in May 2018.

S&P Global Ratings, which ranks South Africa one level above non-investment grade, has said last year that the country needs to reform labor laws to reduce protracted strikes, create certainty about black empowerment laws in mining and ensure greater cohesion within government if it’s to maintain its rating.

According to Reuters, South Africa’s unemployment rate hit its highest level on record, 27.1 percent of the workforce, in the third quarter of 2016.