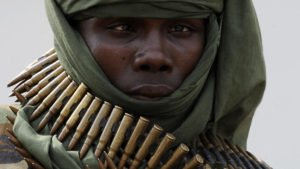 The United Nations’ troops have repulsed armed militiamen over the weekend from entering the town of Bambari, in the eastern part of the Central African Republic.

“MINUSCA had no choice but to stop the advance of elements from the FPRC coalition to avoid a confrontation in Bambari that would have had grave consequences for the already traumatized civil population,” the statement noted.

A death toll had not yet been established.

That ushered in a brutal reign with many atrocities committed. When the rebel leader left power, a backlash by the Christian anti-Balaka militia against Muslim civilians followed.

Since November, FPRC fighters have been fighting the mostly Fulani Union for Peace in Central Africa (UPC) around Bambari, killing dozens and displacing around 20,000 people, Reuters reported.