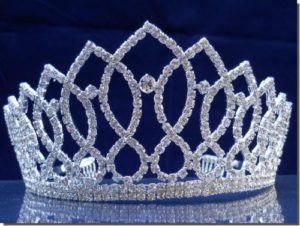 Guinea Conakry government has temporarily banned beauty pageants in the country after some models wore skimpy swimsuits deemed as offensive and “a shame” to Guinean culture.

The colorful event took place last weekend in the presence of the Prime Minister and the Minister of Culture of the West African nation. But the parading of the contestants in swimwear is what seemed to have angered some Guineans who saw it as an affront to their culture.

For now, the Ministry of Culture, a traditional partner of the event has suspended its partnership “until further notice.” Minister Siaka Barry is also reported to have said the ban is to allow the setting up of a committee that would draw a code of ethics.

“To promote the most positive image of our traditional and authentic cultural values, a charter of ethics will be drawn up in order to define in detail the new terms and conditions for such events in our country,” the ministry said in a statement.

Committee Miss Guinea (COMIGUI) said the debate was misplaced and people were being unfair to them.

“This is the 9th edition of the contest but every time the girls are in swimsuit like everywhere in the world,” the committee communications officer, Marouane Diallo, said.