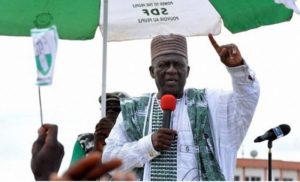 Residents of the Southwest and Northwest provinces are pushing for federalism since December last year saying that they are being politically and economically sidelined by the Francophone government.

According to the Social Democratic Front led by Ni John Fru Ndi, having a federal multi-state government is the best solution to the country’s current political discord, an idea it first  put forward in 1997.

SDF also demanded the reinstatement of Internet connections in the mainly Anglophone regions.

Internet services in the Southwest and Northwest provinces of the country were shut down on January 17 in the wake of mass protests.

About 30 suspects accused of terrorism appeared in court on Thursday for their alleged involvement in organizing the protests in the Anglophone regions.

Cameroonians from many French speaking parts of the country have grumbled for years for not seeing the dividends of democracy under Paul Biya.

In his New Year speech, Biya warned secessionists who are contemplating the idea of seceding from Cameroon saying the Central African country is one and indivisible.