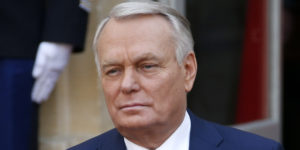 French foreign minister Jean-Marc Ayrault Friday in Nouakchott indicated that French tourists can visit the North African country but must be clever as he commended security improvement undertaken by local authorities.

“The entire coast (of Mauritania) is classified yellow (renewed vigilance). Other zones were classified red (formally not advised) or orange zones (not advised but only if a must) and tourists can visit with precaution,” Ayrault told journalists at a press briefing after meeting with the Mauritanian President.

“Tourists can visit those zones with tour guides, in groups and in organized manner,” he added.

Tourist arrivals in the North African country have dwindled considerably following abductions of Western holiday-makers over the past and active movements of terrorists in Northern Mauritania and near the border with Mali.

Most of the country’s tourist sites are located in the North and Southeastern areas and had been classified dangerous by French authorities.

Mauritania has significantly enhanced security across the entire country largely covered by the Sahara desert. No terrorist attack has been reported since 2011.