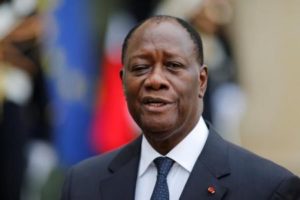 Ivorian President Alassane Ouattara on Wednesday announced plans to cut the 2017 budget of the west-African nation by 10 percent due to a sharp drop in world prices of cocoa.
According to Ouattara the decision to cut spending was taken during a visit this month by an International Monetary Fund delegation.
“Excluding salaries, we were obliged to reduce spending by 10 percent. All the ministries will tell you their budgets have been reduced by 5 to 10 percent,” Ouattara was quoted as saying.
The investment budget was included and would be reduced by 10 percent, or about 200 billion CFA francs ($320 million), Reuters reported.
The economy of the West African French speaking nation has grown at a steady 8% plus growth rate since 2012. The robust growth has been a result of Cote d’Ivoire’s National Development Plan (2012-2016) adopted to push structural reforms in the country to support the objective of ‘sustained private sector and inclusive growth.’
Ivory Coast is the world’s biggest producer of cocoa, providing about 45 percent of supply.
In the 2015/2016 production year, Ivory Coast produced a total of 1.7 million metric tonnes of cocoa and Ghana produced some 840,000 tonnes.