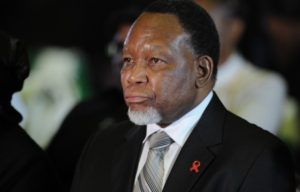 The discussions come a month after Presidents F.W. de Klerk and Thabo Mbeki have called for a national discussion on how to tackle corruption and a political change as the Jacob Zuma- led government faces a serious political and economic crisis.

Several foundations have teamed up to address what they call a national general crisis in terms of political governance, economy and social cohesion.

The Friday dialogue according to local media will provide a safe non-partisan platform to South Africans of all races to confront the crisis.

South African President Jacob Zuma may face another impeachment as the country’s parliament speaker said she would consider requests from opposition parties to hold a new no-confidence vote against the embattled leader.

Previous no-confidence votes against Zuma have failed as his ANC party, which has ruled South Africa since the end of apartheid in the 1990s, dominates the parliament.