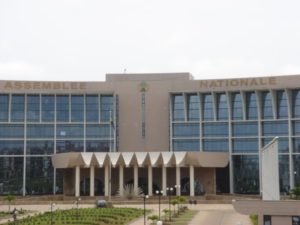 Local media indicated that Chinese authorities have agreed to rebuild the parliament during a meeting held between President Ali Bongo Ondimba and Ji Bingxuan, vice-president of the standing committee of the National People’s Congress of China.

Ping who lost the August 2016 poll by less than 6,000 votes still holds himself out as the duly elected president of Gabon in defiance of the Constitutional Court, which upheld Bongo’s victory.

The Chinese official who was on a two-day visit in Gabon, hailed the deep-rooted friendship and fruitful cooperation in multiple areas between China and Gabon.

China is willing to deepen cooperation with Gabon in the areas of resource development, infrastructure construction, agriculture, forestry, fisheries and further processing according to market rules.