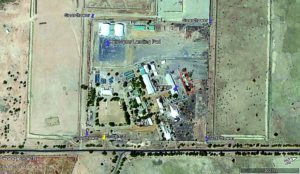 Amnesty International has accused Cameroonian troops of committing what it called war crimes against alleged supporters of the terror group Boko Haram.

Hundreds of people in Cameroon accused of supporting Boko Haram, often without evidence, are being brutally tortured by security forces, Amnesty International said in a new report published Thursday.

Using dozens of testimonies, corroborated with satellite imagery, photographic and video evidence, the report ‘Cameroon’s secret torture chambers: human rights violations and war crimes in the fight against Boko Haram’ documents 101 cases of incommunicado detention and torture between 2013 and 2017, at over 20 different sites.

“We have repeatedly and unequivocally condemned the atrocities and war crimes committed by Boko Haram in Cameroon. But, nothing could justify the callous and widespread practice of torture committed by the security forces against ordinary Cameroonians, who are often arrested without any evidence and forced to endure unimaginable pain,” said Alioune Tine, Amnesty International’s Regional Director for West and Central Africa, adding “These horrific violations amount to war crimes.

The human rights watchdog urged Cameroonian authorities, given the weight of the evidence uncovered, to initiate independent investigations into these practices of incommunicado detention and torture, including potential individual and command responsibility.

The report also highlighted the regular presence of US military personnel and the occasional presence of French personnel at one of the unofficial detention sites -the Rapid Intervention Batallion (BIR) in Salak, near the northern city of Maroua- calling on Washington and Paris to investigate the extent to which their personnel stationed at Salak, or regularly visiting, may have been aware that illegal detention and torture was taking place on site.

Amnesty International said it wrote to the Cameroonian authorities in April 2017 to share the report’s findings, but no response was provided and all subsequent requests for meetings were refused.

According to AI estimates, Boko Haram has killed over 1,500 civilians in Cameroon since 2014, and abducted many others.