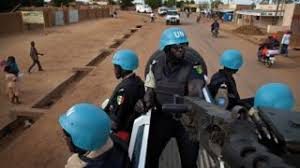 After the attack carried out in Ouagadougou, the capital of Burkina Faso Saturday, Gunmen in Mali on Monday opened fire on UN peacekeepers and Malian troops in the northern city of Timbuktu and the central city of Douentza, the spokesperson of the mission said.

In the first attack against the UN peacekeeping mission base of Timbuktu, the armed men killed seven people, including five Malian security guards, a gendarme and a civilian.

“An attack has been launched against one of our camps in Timbuktu (by) unknown men with machine guns,” Radhia Achouri, a spokeswoman for the UN peacekeeping mission told Reuters.

In the second attack, the suspected militants killed a peacekeeper, the mission said.

No one has claimed responsibility for Monday’s violence.

More than 100 peacekeepers have been killed in Mali, making it the most deadly of the United Nations’ 16 global peacekeeping operations.

The attack in Mali took place two days after a terror attack in Ouagadougou, the capital of Burkina Faso where Gunmen killed nearly 20 people and wounded several others during an overnight attack on a restaurant.

The UN Security Council condemned in the strongest terms “the barbaric and cowardly terrorist attack carried out in Ouagadougou” and reaffirmed that “terrorism in all its forms and manifestations constitutes one of the most serious threats to international peace and security”.

The Council members expressed their solidarity with Burkina Faso in its fight against terrorism and stressed the need to intensify regional and international efforts to combat terrorism and violent extremism, which may be conducive to terrorism.

The members of the Security Council commended the efforts of the region, including through the development of a G5 Sahel Joint Force, in order to address the transnational dimension of the terrorist threat in the Sahel region, and encouraged further progress in this regard.

The UN Secretary-General also condemned the attack in Ouagadougou, stressing that there can be no justification for such acts of indiscriminate violence.
He also reaffirms the Organization’s commitment to the countries of the G5 Sahel as they scale up efforts to tackle multiple security challenges in order to promote peace and development in the sub-region,” said his Deputy Spokesperson, Farhan Haq.

The Group of Five (G5) countries – Burkina Faso, Chad, Mali, Mauritania and Niger –have deployed a joint force to tackle the threat of terrorism, as well as the serious challenges posed by transnational organized crime in Africa’s restive Sahel region.