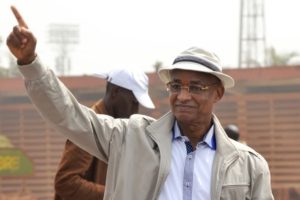 Guinea may organize its long-delayed local polls this year, according to a new draft presented on Wednesday by the country’s electoral commission to the committee monitoring the inter-Guinean dialogue.

The National Electoral Commission (CENI) is requesting 120 days to organize the elections.

However, opposition parties in the West African nation see the move as another dilatory maneuver of the government of president Alpha Conde.

“Today, we have a National Electoral Commission, which is here to present the preliminary draft of the roadmap for the next local elections. This preliminary draft gives 120-day deadline, so these 120 days will take us beyond the year 2017, “said Aboubacar Sylla, spokesman for the opposition.

Last month, hundreds of protesters took to the streets of Guinea’s capital Conakry to demand the holding of local elections, the latest having been held in 2005.

They also called out President Conde, following suspicions that he might want to amend Guinea’s current constitution, that would allow him to run for a third term.

Conde became president in 2010 in the country’s first democratic election after decades of fighting authoritarian regimes that sent him into exile and prison.

Despite vast mineral wealth, most Guineans live in poverty and President Conde has been blamed for a stagnant economy.