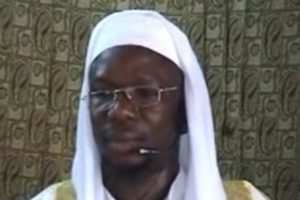 Angry protesters in Togo have set ablaze government buildings and a police station late on Monday night in the country’s’ second largest city of Sokode, after the arrest of an Imam and opposition figure.

The Imam, Alpha Alassane, a spiritual leader in the Muslim-dominated city was arrested by gendarmes for unknown reasons, local media reported.

The protesters and followers of the imam have reportedly clashed with the security forces and torched a gendarmerie, a post office and other public buildings in the city.

Alpha Alassane is known as adviser of the opposition Pan-African National Party leader Tikpi Atchadam, the man who emerged on the political scene last August and who is pushing for the end of the country’s 50-year ruling dynasty.

Protests called by Tikpi Atchadam in August claimed the lives of seven citizens in the same city of Sokode where the Imam was arrested on Monday. Atchadam has been building his support base in the central city since 2014.

The protesters are demanding a return to the 1992 Constitution of Togo, which limits presidency terms.

President Faure Gnassingbé has been in power since the death in 2005 of his father, Gnassingbé Eyadema, who had been at the helm of the country for 38 years.