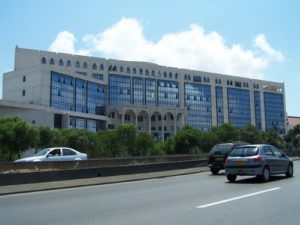 Five students at Algiers 3 University have been handed jail terms ranging from 12 months to 18 months for physically assaulting lecturers in an incident early this year.

A court in the city of Bir Mourad Rais pressed the terms against the students who were accused of aggressing lecturers from the school of Political Science and Information after breaking into the National Council of Higher Education Teachers (CNES)’s meetings in February.

The students, according to one teacher, interrupted a meeting and physically assaulted their lecturers.

The lecturers also accused the University Rector Rabah Cheriet of involvement in the aggression.

Reports say the incident took place in connection with a case of falsification of the results of the doctoral study competition in European Studies in which the director was implicated.

The court ruling sentenced three of students to 18 months in prison on absentia. The other two were handed 12-month jail terms.

A security officer reportedly involved in the incident was handed a suspended one-year prison sentence.

The students may also face immediate dismissal from the university, one teacher further noted after indicating that the case has been brought to the Ministry of Higher Education and Scientific Research.