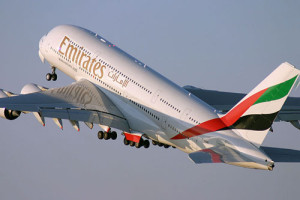 Tunisian authorities have decided to halt the inbound flights of the Emirates airlines after Tunisian women were prevented from boarding its flights. The Tunisian transport ministry said it has suspended Emirates flights to Tunis until the airline finds the appropriate solution to operate flights “in accordance with international law and agreements”.

A number of Tunisian women said their travel to the Gulf state on Emirates had been delayed and some had been forced to undergo additional checks of their visas.

These measures irked Tunisians but the UAE said “security information” had caused the delays.

“We highly value Tunisian women and respect them,” he added.

On Friday, the Tunisian government said it had asked the UAE ambassador to clarify what was happening and had been told that the measures were temporary and had already been lifted.

Despite the clarification, Tunisian rights groups condemned the measures as “discriminatory and racist”.

Tunisia has been trying to repair diplomatic ties with the UAE, which were damaged by its 2011 revolution and after the Islamic party al-Nahda, which has strong links with Qatar, came to power in the North African country.

Relations between Qatar on one hand and Saudi Arabia, the UAE, Bahrain and Egypt on the other have been severed since June after the four Arab countries accused Doha of backing terror groups in the region, a charge denied by Qatar.