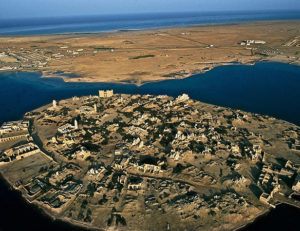 Turkey will also build a naval dock to maintain civilian and military vessels as Ankara seeks to expand military and economic ties in Africa.

The agreement was announced in Khartoum on Tuesday at the end of Turkish President Recep Tayyip Erdoğan’s three-day visit to the war-torn nation.

Ankara and Khartoum have agreed to establish a joint Strategic Cooperation Council chaired by the two heads of state.

The two countries signed several other agreements in the mining, agriculture, oil and health sectors.

According to Sudanese President Omar al-Bashir, Tayyip Erdogan’s visit gives a boost to the ties between the two countries and starts a new phase in bilateral relations.

Erdogan, for his part, reiterated his country’s keenness to enhance economic ties with Sudan, stressing that Sudan and Turkey expect to increase trade volume from the current $500 million to $10 billion.

Sudan hosts numerous ancient buildings and ports dating back to the Ottoman Empire era, when Turkey colonised Sudan in the eighteenth century.