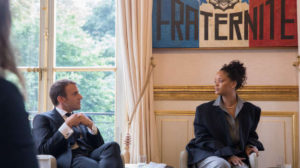 An unprecedented worldwide support for the education of millions of children was expressed at the Global Partnership for Education (GPE) Financing Conference held in Dakar to address the global learning crisis.

The significant new financial commitments of $2.3 billion from donors and developing countries will enable new and improved support for the education of millions of children.

This is a substantial increase in funding compared to the $1.3 billion contributed over the past three years. In addition, several donor countries have indicated their intention to pledge further funds over the course of the financing period, GPE said in a press release.

This heightened momentum will enable the Global Partnership for Education to reach the goal of providing $2 billion a year by 2020 for education planning and delivery to support children’s learning in developing countries, the release said.

The conference, co-hosted by President Macky Sall of Senegal and President Emmanuel Macron of France, marks the first time an education financing conference has been hosted by a G7 leader and the president of a developing country.

More than 1200 participants attended including leaders from UNESCO, UNICEF, the World Bank, civil society, philanthropic foundations and the private sector.

The 29-year-old Barbados-born singer has already gotten to work using social media to drum up attention and raise funds for better schooling.

GPE encourages developing countries to increase their share of education spending to 20% of their overall budget. Of those governments committing today, over two-thirds will have reached that goal by 2020, the press release said.

At the conference, the United Arab Emirates joined GPE, becoming the first Arab donor and pledging $100 million. Senegal, in addition to pledging to increase its own expenditure on education, became GPE’s first African donor. The Netherlands and Spain renewed their involvement, and China attended for the first time.

During the conference, French President Macron pledged that France would contribute $248 million to the fund.

The Global Partnership for Education’s funding model is a catalyst for education investment, working hand in hand with governments of low-income and lower middle-income countries to strengthen their education systems. The Global Partnership for Education supports governments to develop robust national education plans so that funds can then be channeled into their priority areas with confidence that they will contribute to improved quality of education for all children, the press release recalled.