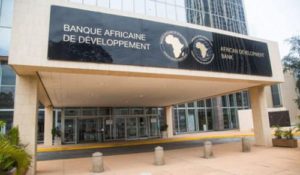 The African Development Bank’s (AfDB) vice president, Khaled Sherif, last weekend said Morocco will benefit from a $2 billion financing from the Bank over the next two years.

The announcement was made during a working visit by the Abidjan-based institution’s vice president in the North African nation.

Khaled Sherif, who congratulated the Moroccan government for its economic performance, reaffirmed the desire of the Pan-African institution to support the country in its economic transformations.

According to the Bank, much of Morocco’s growth achieved in 2017 was driven by the increase in the value added of agriculture, which grew by 16.1 percent.

Last year, the African Development Bank approved a loan to support renewable energy projects in Morocco that seeks to increase the share of renewables in its electricity grid.

The $265 million loan will contribute to financing two solar power plants (NOORM I and NOORM II), whose total cost amounts to €2.048 billion with a cumulative capacity of 800 MW, under a public-private partnership (PPP).

The solar plants will be connected to the national grid, and will guarantee electricity supplies to more than 2 million Moroccans (approximately 6% of the country’s population).