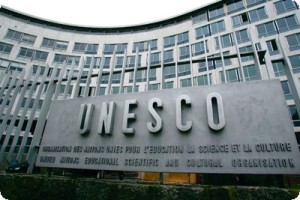 The United Nations Educational, Scientific and Cultural Organization (UNESCO) have announced from France that its Sharjah prize for Arab Culture this year will be handed over in a fortnight. This year’s prize will be awarded to Algeria’s Mustapha Cherif. Some of the local newspapers describe him as Algerian intellectual, philosopher and academic.

Mustapha Cherif once served as a minster in Algeria. He is a specialist in cultural dialogue and civilizations. He is the author of several books amongst which are “l’Islam et l’Occident,” “le Coran et notre temps,” and “le Prophète et notre temps.” In mid-march, he was chosen by an international jury as the winner of the UNESCO-Sharjah prize for Arab Culture due to his involvement in favor of intercultural and inter-religious dialogue. His contributions to the promotion of Arab-Muslim culture have not gone unnoticed.

The award ceremony is schedule for the 25th of this month and will unite Arab countries to celebrate their culture. One of the main highlights of the cultural event entitled “5 courses, 5 views, 1 question: what role for culture in the Arab world tomorrow?” will be hosted by journalist Rachid Arhab. Mohamed Abozekry’s Palestino-egyptian band will also be at the ceremony.

The ceremony will be graced by the Director General of UNESCO, Irina Bokova. Other prominent personalities such as Sheikha Bint Sultan Al Qassimi Bodour (United Arab Emirates), Khal Torabully (Mauritius), Ali Mahdi Nouri (Sudan), Coline Houssais (France) and Naive al-Mutawa (Kuwait) will be present after being internationally recognized as contributors for the development of the Arab Culture.