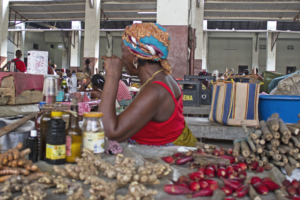 The World Bank will provide about $10 million to finance social projects in São Tomé and Príncipe.

The projects will help the West African archipelago reduce social inequalities and fight poverty in the next 5 years, Éric Sapatéro, a World Bank official said.

Half the amount will finance social housing projects, while the other five million will cover vocational training and other actions within the scope of projects submitted by the Ministry of Employment and Social Affairs of the archipelago.

More than 2,500 families are expected to benefit from the projects. The funding will also help boost the capacity of the Ministry of Employment and Social Affairs through equipment and staff training.

This funding of the World Bank follows a financial support of $29 million granted by the bank in 2016 to fund an “energy recovery” project underway in São Tomé and Príncipe.

The economy of São Tomé and Príncipe is expected to grow 5.5% in 2018, according to the IMF.