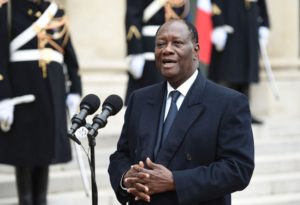 The Ivorian ruling coalition has won the West African nation’s first senatorial elections, which were boycotted by the opposition.

According to results published by the Independent Electoral Commission, the Rally of Houphouetists for Democracy and Peace (RHDP) coalition won 50 out of the 66 seats contested.

Those results must now be validated by the Constitutional Court. President Alassane Ouattara is expected to appoint a further 33 senators.

The opposition boycotted Sunday’s election because it says the electoral commission is dominated by Ouattara’s supporters and the Senate will create a system of patronage. The ruling coalition comfortably won 2016 parliamentary elections, taking 167 of the 255 seats in a similar scenario.

The Senate was created in 2016 under a new constitution adopted by referendum. According to the constitution, senators will serve a five-year term, but two-thirds of them will be elected via indirect suffrage, and one-third will be appointed by the President from among “Ivorians recognized for their expertise and demonstrated competence in the political, administrative, economic, scientific, cultural, athletic, professional, and social fields.”

Since his appointment as president in 2011 Ouattara, 76, has consolidated his power base. The economic results he scored are impressive and last year, growth expanded to 8 percent.