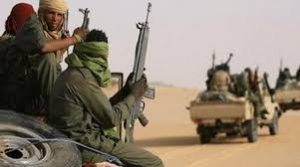 The collusion of the Polisario with terrorist groups in the Sahel-Sahara region has once again been singled out in a recently released report, commissioned by the European Commission.

The Sahel-Sahara region witnessed violent incidents involving MUJAO, the Polisario Front and Ansar Dine during the 2010-2016 period, said the report elaborated by “Project Safte”, an international research venture that conducts in-depth research on illicit firearms trafficking and on terrorists’ access to firearms.

The report titled “Illegal Markets and the Acquisition of Firearms by Terrorist Networks in Europe” was drafted by an international group of firearms experts and relayed by the Flemish Institute for Peace.

The document notes that collusion between the Polisario and the terrorist groups operating in the region was facilitated by the situation in Libya, the porous borders of the region countries and the inability of the central powers of some countries to monitor their vast territory.

“The capacity of states in the Sahel region to monitor their borders is quite limited because the desert environment is traditionally a circulation area where the few official crossing points are easily circumvented by traditional smugglers and new traffickers”, the report authors pointed out.

For Project Safte, the availability and circulation of weapons on the black market in the region has proliferated considerably after the fall of the Kaddhafi regime and the ensuing conflicts in that country. The Polisario Front took full advantage of this situation and now has a “surplus of weapons”, the report stated.

In addition to its involvement in terrorism, the Polisario, which amassed a relatively large arsenal with the support of Algeria and with the weapons it acquired after the fall of the Kaddhafi regime, is now engaged in the highly lucrative business of arms trafficking, the report underscored, noting that the “Polisario now has enough weapons to sell and supply the regional market”.

The report authors argue that in the absence of a solution to the Sahara issue, the area remains vulnerable to arms smuggling and trafficking, adding that it is difficult to determine how many weapons have been circulating in the area because of the instability prevailing in Libya.

The report, referring to experts’ analyses, warns that “some of these weapons will also end up in the European Union”. It recalled in this connection that in 2015, Europol publicly declared for the first time that firearms from Libya, Syria and Mali were available on the European black market and that these countries could become major suppliers of illegal firearms to the EU.