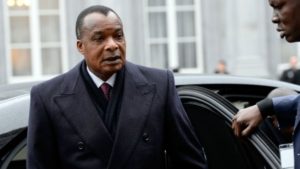 Congo Republic over the weekend said it fulfilled the criteria for a deal with the International Monetary Fund (IMF) to revamp its debt-crippled economy.

The Washington-based fund last year proposed a program to restore the macroeconomic stability of Congo.

The Central African nation’s debt, which stood at $9.14 billion or around 110 percent of GDP, by the end of July 2017 – is unsustainable, according to the IMF.

As assessed by IMF officials in November, the country’s economic growth continues to contract while government savings have declined.

In a statement released on Friday, the government said it welcomes the agreement concluded with the international financial institution to support its reform program.

The program, which still requires IMF board approval, aims to restore sustainable and inclusive economic growth and support a “stable microeconomic environment compatible with the viability of the public debt”. The government also eyes an additional €135 million from France.

Congo’s oil sector was badly hurt by the global dip in prices and a slowdown in its own output since 2014, but it has been rejuvenated by new projects.

The government said it planned to cut spending this year by 8.6 percent to $2.5 billion.

The government has also decided to become member of the Organization of Petroleum Exporting Countries (OPEC).