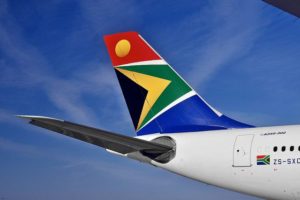 South African Airways on Tuesday said it needs about 5 billion rand ($404 million) to cover immediate costs as the state carrier battles to stay in operation.

According to the carrier’s Chief Executive Officer, Vuyani Jarana, the turnaround plan is designed to ease the company’s dependency on the government, which last year approved a bailout to swerve a default on debt owed to Citigroup Inc.

Vuyani Jarana, who took the helm of the loss-making airline in November, told lawmakers in the southern African nation that the state-owned airline would struggle to meet 9.2 billion rand in debt payments due March 2019. He said the government is in talks to find a private-equity partner for the airline.

The National Treasury earlier this year said that SAA needs an equity partner to pump money into the company to address a liquidity crisis and to help with the implementation of a turnaround plan.

The government has transferred more than 5 billion rand to the airline last year to avoid it defaulting on debt owed to Citigroup Inc.

The carrier, which has not generated a profit since 2011, is regularly cited by ratings agencies as a drain on the government purse.