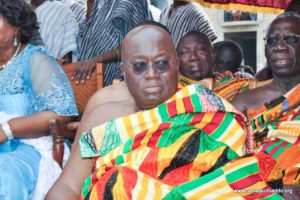 The statement comes as the presidency faced a backlash of not being emphatic enough on the same-sex marriage.

Even though legalizing homosexuality is not on his government’s agenda for now, he said if there is a strong coalition and agitation for legalization in the future, an amendment of the law will be considered.
He however noted that the social and cultural environment in the country does not give room for this to be done.

His comments have triggered a wave of controversy, one that was prevalent during the administrations of ex-president John Mahama.

Although there are no specific laws against homosexuality in Ghana, the country frowns on all sexual acts it deems “unnatural”.

Homosexuals in Ghana are unable to express their sexuality in public, and their calls to law makers to amend the law to make provision for them have been ignored so far.