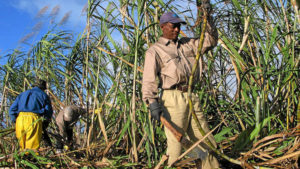 The unemployment rate in Mauritius has decreased from 7.3% in 2017 to 7.1% in 2018, the lowest level since 2008, the Minister of Labor, Industrial Relations, Employment and Training Soodesh Callichurn said on Thursday.

The total labor force in the Indian Ocean Island—whose annual gross domestic product is $11 billion with a population of 1.3 million—was estimated at 586,900 last year.

A new National Employment Department, a one-stop shop for registration of jobseekers, employment counseling, training and placement of jobseekers will be set up in the coming days, the government said.

The National Interactive Information Dashboard will also be set up within the framework of the National Employment Department to harness labor market information for research and analysis for policy formulation, it said.

The move will enable the Government to reach the targeted unemployment rate of 4% by the year 2030, Soodesh Callichurn said.

Mauritius’s economy is expected to grow by 3.9% in 2018, with construction, tourism, and household- and government-consumption expenditures leading the expansion, according to Statistics Mauritius.

The International Monetary Fund said the Island’s economy is set to grow by 4 percent in 2019.