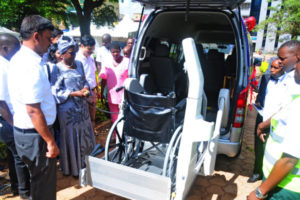 In Uganda, the controversial proposal to replace Ugandan doctors with Cubans might not take effect soon as it awaits Government’s approval.

Responding to queries during a debate on the health sector ministerial policy statement for the 2018/19 financial year, Uganda’s Minister for Health, Dr. Ruth Aceng, said the cabinet has not yet made a final decision on the plan to import over 200 doctors from Cuba.

In the recent past, media has been awash with a pros and cons public debate on whether Government should hire Cuban doctors to reinforce the native workforce especially in rural areas.

Note that Cuba’s most valuable export is its own healthcare professionals with the socialist regime allowing the government to collect a portion of the incomes earned abroad. Thousands of Cuban doctors work abroad under contracts with Cuban authorities. Countries like Ghana, Kenya and South Africa have in the past requested doctors form the Island.