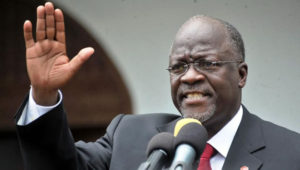 The move is part of a crackdown launched by President John Magufuli against tax evasion in the East African nation.

Halotel Managing Director, Le Van Dai, and head of Zantel (Zanzibar Telecom), Sherif El Barbary, are among the six suspects charged for “fraudulent use of a network facility” on Thursday. Dai is a Vietnamese citizen, while Barbary is Egyptian.

The four other suspects were two Chinese nationals and two Tanzanians.

According to local media, police raid found that the executives and their alleged accomplices were in the possession of almost 300,000 unregistered SIM cards. The SIM cards were allegedly used by the executives unlawfully to send and receive SMS messages internationally.

They were also charged with illegally importing and operating communications equipment that allowed them to fraudulently bypass the government’s telecommunications traffic monitoring systems.

Halotel, which is part of Vietnamese group Viettel, has around 9% of the telecom market while Zantel has 3%.

As a reminder, President Magufuli came to power in late 2015, following resignations and firings of a number of senior government officials involved in a major economic scandal.

Magufuli immediately launched an anti-corruption campaign that led to the sacking of hundreds of civil servants and top business officials. He sacked the head of the telecoms regulator in 2016, saying the watchdog failed to monitor the industry.