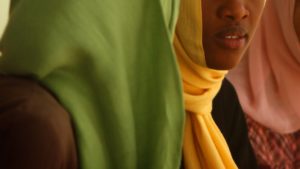 A Sudanese court on Tuesday overturned a death sentence on a teenager who killed her husband who, she alleged, had tried to rape her.

Sudanese teenager Noura was sentenced to death by hanging by an Islamic religious court for killing her 35-year-old husband.

Noura said her father had made her marry the man, who was also her cousin. When she reportedly refused to consummate the marriage, her husband allegedly called in some family members to hold her down as he raped her.

Rights campaigners had called President Omar al-Bashir to pardon the teenager, saying she had acted in self-defense.

According to a 2017 report by the UN children’s fund, UNICEF, one third of Sudanese girls are married before they turn 18.

Girls as young as 10 can enter into a legal marriage in Sudan where marital rape is not a crime.

Amnesty International called the decision “hugely welcome news”, but said the five years in prison was a “disproportionate punishment”.