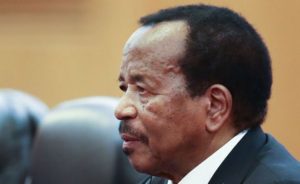 Presidential election will be held on October 7 in Cameroon, according to a presidential decree released by President Paul Biya on Monday.

Paul Biya, 84, is one of the world’s oldest heads of state—and one of the longest-serving, having ruled uncontested since 1982. Critics have described Biya’s state record as “chaotic.”

Nicknamed “the Sphinx” due to his taste for secrecy, the octogenarian president has so far remained silent about his plans to seek a seventh term in office.

He has yet to declare any intentions to contest in the 2018 polls but indications showed that it is just a matter of time.

Traditional leaders, Section Presidents and political elites of the Cameroon People’s Democratic Movement (CPDM) of the three northern Regions, notably the Adamawa, North and Far north, have urged the President of the Republic and Chairman of the CPDM to be candidate in the next presidential election.

About 11 candidates have declared their intention to contest in the upcoming polls. Among them, Joshua Osih, who was elected in February as candidate of the main opposition party, the Social Democratic Front (SDF, English-speaking),

The country is currently riled by secessionist elements in the Anglophone regions—northwest and southwest regions.

The secessionists’ struggle for independence has entered an armed phase. About eighty-one security forces have so far been killed in guerilla-style attacks.

The UN says up to 160,000 people have fled their homes because of the violence. The Nigerian Emergency Management Agency says 34,000 have fled to Nigeria.