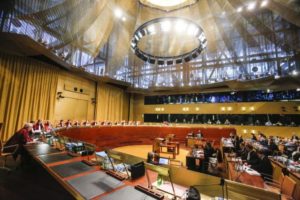 Morocco and the European Union initialed in Rabat on Tuesday, July 24, a new 4-year fisheries agreement under which European trawlers will operate all along the Moroccan Atlantic coast, from Cap Spartel in the North to Cap Blanc in the far South of the Sahara, much to the discontent of the Polisario and its mentor, Algeria.

The separatist front was dealt this blow just few days after it suffered another scathing setback, when the European Court of Justice rendered on July 19 a ruling dismissing an appeal lodged by the Polisario in 2014. The complaint sought to annul the Morocco-EU fisheries agreement signed in 2013.

The judges of the European Court’s Fifth Chamber slammed in their July 19 verdict the separatist front as ineligible to lodge such an appeal, stating that the Polisario “is not directly or individually concerned” by the fisheries agreement and “cannot, in any event, be considered, in view of the arguments it relies on, as having locus standi”.

The judges of the Luxembourg-based European Court have thus declared the action for annulment as “inadmissible in its entirety” and ordered the Polisario to pay “in addition to its own costs, the judicial proceeding costs incurred by the Council of the European Union”.

Even in its previous rulings on Morocco-EU agreements and the inclusion of the Sahara in these agreements delivered in 2015 and 2016, the European Court of Justice did not mention the Polisario, which, by the way, is not recognized by any European country.

These new developments represent a devastating fiasco of the Algeria-backed separatists, and show, if need be, they are losing the judicial war they have been waging, at the instigation of Algeria, against Morocco’s trade agreements with the EU. They found themselves caught in their own trap.