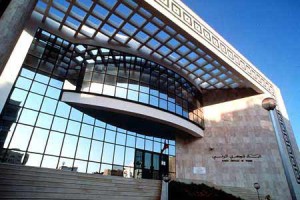 The stand-by loan agreed upon and expected to be signed this month by the Tunisian government and the International Monetary Fund (IMF) is again being criticized by members of the National Constituent Assembly (NCA) after finalizing the deal in the past. They contest that the recommendations are not compulsory despite the Finance Minister and the Governor of the Central Bank insisting that it’s necessary.
The concluded $1,7billion IMF emergency deal will only be activated if there is an economic emergency and it will be issued in installments depending on the gravity of the situation. According to Finance Minister Elyes Fakhfakh, the agreement saves Tunisia from internal financial instability and against the economic crisis in Europe. He describes IMF’s requirements as “very small” compared to government initiated reforms.
Salah Chouaieb, an NCA member with the Third Alternative Party, said the loan should have been “the last financing resort;” arguing that ministries and public companies should have rather been restructured. Others heavily criticized the conditions attached to the deal as a threat to the state’s sovereignty and suggested other means to solve the economic crisis. The Central Bank Governor Chedly Ayari said as an economy of emergency, they “have no choice but to borrow.” According to him, “debt is a driver of growth and we must resort to debt in order to support the contribution of national savings.”
Moez Belhaj Rhouma of the ruling Ennahdha party and a member of NCA’s finance committee claimed that the IMF made “simple recommendations to reform the banking sector and to provide guarantee about the stability of the national economy.” He added that the NCA’s Finance Committee “called for them (recommendations)” and assured that the loan “will guarantee the transactions with the international financial institutions.”