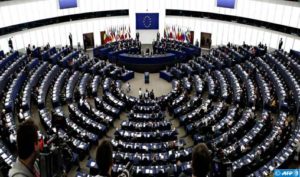 The returns and profits gained by the population living in the southern provinces of Morocco from the agriculture and fisheries accords were highlighted Tuesday at the EU Parliament by Commissioner for Economic & Financial Affairs Pierre Moscovici.

During debates on renewal of EU-Morocco Farm accord at International Trade committee (INTA), Moscovici said the new agreement is in line with the ruling of the European court of Justice, supports the local development by extending tariff preferences to products coming from the region and does not interfere with the ongoing UN political settlement process.
For the EU Commissioner, the Sahara issue is the exclusive responsibility of the UN and the EU supports the UN-led settlement process.

Regarding the new fisheries accord with Morocco, Moscovici said it was reached after consulting with all the stakeholders, stressing that the European Commission adopted “a neutral and depoliticized approach” during the negotiations for the renewal of the agreement.

He urged MEPs not to take a stand on the final status of the Sahara. “What is required is to set a legal basis to extend tariff preferences to products coming from the Sahara for the benefit of the local Sahrawi populations”, said Commissioner Pierre Moscovici.

These tariff preferences will contribute to the socio-economic development of the region and enhance its stability, he added, noting that the agreement will have positive impact on the economy of the region wherein agriculture, fishing and phosphates are the main development drivers.

End of July, the EU and Morocco sealed a new fisheries deal after five rounds of constructive talks held in Rabat and Brussels. The new agreement, which includes the Moroccan Sahara, contrary to the plots hatched by the enemies of Morocco’s territorial integrity, replaces the one that expired on July 14. Under the new agreement, the financial compensation paid by the EU to Morocco will go up from €40 million a year to €52.2 million.

The new deal promotes sustainable development of the fisheries sector and will help to create jobs for Moroccan sailors and fishermen via 1000 boarding contracts per year.

The legality of the agreement, key to the EU-Morocco partnership, had been challenged at the European Court of Justice by a UK lobbying group supporting Polisario separatists with Algerian petrodollars. However, all judiciary attempts and schemes to block the deal failed.

Both Morocco and EU hailed the new accord, which insists on sustainable fisheries and confirms their strategic partnership. The two sides are committed to strengthening further their political dialogue and trade relations.