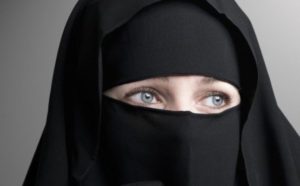 In an order sent recently to ministers and regional governors, the Prime Minister urged the implementation of the directive, underscoring that civil servants must comply with the rules and requirements of security and communication within their department, which require their systematic and permanent physical identification.

According to privately-owned Tout Sur l’Algerie (TSA) website, few women in Algeria wear the niqab. The hijab, a scarf that covers the head and neck but not the face, is more popular in the North African country.

The Prime Minister’s directive comes a year after thousands of women in Algeria have defied hard-line Islamists by wearing bathing bikinis.

Women in the coastal town of Annaba last year organized protests after an online campaign in which men posted photographs of women in two-piece swimming costumes and claimed they contradicted Algerian values. Bikinis are not banned in the country, but women are increasingly pressured to dress modestly at the beach.

The North African nation has been split between moderate and more radical forms of Islam since it was plunged into years of civil war in 1992.