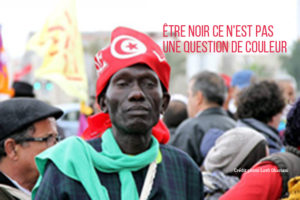 Under the law, anyone utters a racist comment can be sentenced to one month in jail and a fine of $350, while those found guilty of inciting hatred, making racist threats, spreading and advocating racism or supporting a racist organization can face one to three years in prison and fines of up to $1,050.

Tunisia, a democracy laboratory in the region, has been the first country to abolish slavery in north Africa in 1846.

The new law aims at protecting blacks in Tunisia, which account for 10-15 percent of the population.

Activists also hope that the new law will put an end to discriminatory practices against blacks in the country’s south.

Tunisians of darker skin and other black Africans are often subjected to racial slurs like “kahlouch” and “wassif”–pejorative terms to identify a black person-and face social stigma, discrimination and even violence.

Activists also denounce the fact that black Tunisians are also under-represented in public life, citing the absence of black politicians, businessmen or celebrities as another sign of latent racism.